The hollow Earth in religion and literature 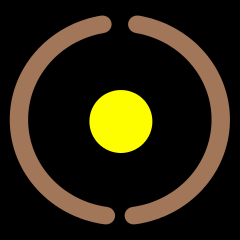 The idea that the interior of the Earth is hollow and inhabited is probably as old as man. In almost all ancient religions, the dead are the inhabitants of the hollow Earth. The origin of this belief may depend on the custom of burying the bodies, which dates back at least from the Neanderthals. Volcanoes and earthquakes also contributed to this idea, while caves plunging into the bowels of the earth seemed to be the entries to the underworld.
In ancient Egypt, survival after death was an obsession. At first the Pharaoh, as representative of the gods, was the only one who could achieve immortality, but the privilege was later extended to others. During the second millennium B.C.E., the democratization of the afterlife was complete. The dead were judged by a court of forty-two gods, presided by Osiris, the lord of the underworld. The next life was considered a simple continuation of this life. This is why they filled the graves with useful objects and statuettes of slaves and workers, which would play the role of servants, replacing the deceased person in the work to be done in the afterlife. But the dead Egyptians did not spend all their time underground. In the night, provided with a lantern, they would stroll around heaven: these were the stars.


The Mesopotamian version is sadder. The country of the dead is a land of shadows located in the underground. The Greco-Roman conception is very similar. After crossing the River Styx in Charon’s boat, the deceased have a sad existence, being hardly more than a shadow. The literature of these civilizations tells about living human beings who visited the Earth’s interior, the realm of the dead.
The oldest epic of humanity, the Poem of Gilgamesh, contains one of these descents. Others appear in the myth of Orpheus and Eurydice, in the labors of Hercules, in the Odyssey and the Aeneid. 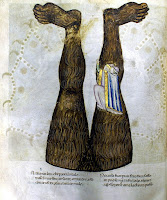 In the Divine Comedy, Dante Alighieri places hell inside the Earth, according to the then prevalent idea. His hell is a hollow cone with its base near the surface of the Earth and the apex at the center. The cone, the hole opened by Lucifer while falling from heaven after his defeat, is divided into nine levels or circles. In the deeper circles, the worst sins are punished: violence, fraud and treachery. In the center of the Earth, buried in ice, is Satan. At this point, Dante makes a display of scientific rigor, according to the knowledge of his time. Virgil, carrying Dante on his back, descends to the center of the Earth like a mountain climber, grasping Satan’s hair. When he reaches that point, he turns around, puts his head where his feet were, and continues the way, now ascending. Dante is disoriented and thinks they are going back to hell, but when they get out of the ice he discovers the legs of Lucifer rising in the air, so that the devil seems to be upside down. He then realizes that, as they passed through the center of the Earth, their descent became an ascent.
In 1741, the Norwegian-Danish Baron Ludvig von Holberg wrote Nils Klim’s underground travels. Nils Klim, protagonist of this satirical novel in the style of Gulliver’s Travels, falls into a hole and discovers that the Earth is a hollow sphere, the interior is empty and in the center is a fireball (like an inner sun) with several smaller planets revolving around, all inhabited. The adventures of Klim on the inner surface of the Earth and the inner planets allow the author to satirize the society in which he lives.
In 1785, Rudolf Erich Raspe published Baron Munchausen’s narrative of his marvelous travels, full of incredible events. In one of his adventures, the Baron jumps into the Etna and in finds at the bottom the Forge of Vulcan, according to the Greco-Roman mythology. But he falls in love with Venus, Vulcan’s wife, arousing the jealousy of the god, who flings him into a bottomless pit. After a fall that defies the laws of gravity, the Baron crosses the Earth and comes out in the Pacific Ocean. So the Earth is hollow to some extent, for there is at least one vertical shaft that pierces it from side to side.
On April 10, 1818, John Cleves Symmes, an American infantry captain, sent a memo to different personalities from politics, education and the culture, stating his intention to prove that the Earth is hollow and consists of several concentric layers. The transition from one layer to the next could be done in the Polar Regions through a connecting pit. In his letter he requested financial assistance to explore the interior of the Earth. Eight years later he published a book explaining his theories in more detail. Naturally he did not get the money and the exploration did not take place, but his ideas had a surprising effect on literature [1].
In 1820 was published Symzonia, authored by Captain Adam Seaborn, who some suspect was Symmes himself under a pseudonym. The book tells about the pass of a ship into the inner world through a pit at the South Pole, and the discovery of an inhabited country, lighted by two suns and two moons, which perhaps are just the reflections of our sun and moon through the two polar openings.
In 1833 Edgar Allan Poe, in his MS. found in a bottle, which initiated his literary career, described the adventure of a ghost ship absorbed by a huge eddy near the South Pole. In 1838, in his novel The narrative of Arthur Gordon Pym, he again used the same plot, although in this case the hero gets out alive. And in 1835, in his story The adventure of one Hans Pfaal, Poe refers to the discovery of a polar pit by an aeronaut on a balloon.
Edward Bulwer-Lytton, best known by The last days of Pompeii, also addressed the issue of the hollow Earth. In his novel The coming race (1871) he uses the idea of supermen hidden inside the Earth, who someday will come out and take over the world.
In Ryder Haggard’s novel When the world trembled (1919), a man in suspended animation is found in a cavern. He comes from ancient times and is endowed with tremendous powers, such as being able to control the Earth’s core (a huge metal ball moving in a hollow inside), as well as the distribution of landmasses and continents. 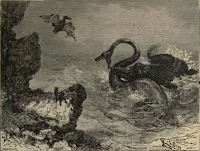 The most famous novel on the interior of the Earth is Jules Verne’s Journey to the Center of the Earth (1864). Here the entry point is a volcano in Iceland. The interior of the Earth is not exactly hollow, although it is pierced by caves, one of them huge, containing an ocean and populated by extinct animals: plesiosaurs, ichthyosaurs and giant men with a Stone Age culture.
Verne’s work gave rise to many imitations. One of the best was At the Earth's core, by Edgar Rice Burroughs (1913), which makes use of Symmes’s theories. A young American, David Innes, and an inventor, Abner Perry, bore inside the Earth in a drilling machine. The Earth turns out to be a hollow sphere 800 kilometers thick. In Pellucidar (the name of the inside surface) there are humans, extinct animals and strange monsters. Suspended in the center is a bright core that plays the role of the sun. The book’s success led to a series of seven novels. In the fourth book, Tarzan in the center of the Earth, which joins two series (Pellucidar and Tarzan of the Apes), the expedition reaches the Earth’s interior through the polar opening in a dirigible balloon.


In the next post we will look at the same issue from a scientific point of view.

[1] The theory of an Earth with several concentric layers gets back to Edmond Halley. The attribution of a hollow Earth theory to the mathematician Leonhard Euler is unproven.