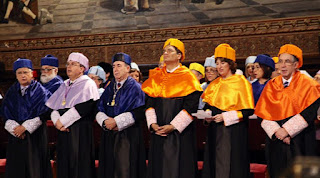 It is common to hear concerns about the fact that women do not want to study technical careers and prefer to pursue other professions, such as in health sciences, psychology or the humanities, where they usually make the majority. In contrast, in technical schools there is usually a high percentage of male students. For example, at the Higher Polytechnic School of the Autonomous University of Madrid, during the 20 years between 1992 and 2012, in our degree in Computer Engineering, two-thirds of the students were male, just one-third were female. And between 2003 and 2012, in the degree in Telecommunications Engineering, the proportion of women was even lower: there were three men for each woman.
While I was director of the Higher Polytechnic School, we received the visit of the President of a Cuban university specializing in the teaching of computer science. When we mentioned the disparity of sex among the students in our School, he was proud to reply that in his university they had solved the problem, as they had exactly the same number of male and female students. What had they done? Very simple: they had imposed a different entry level for the two sexes. In other words, in this university, to be accepted, men need a high qualification in the entrance exams, while women can get in with much lower results.

The same post in Spanish
Thematic Thread on Statistics: Previous Next