The symbol of death

For an educated classical Greek, the number 8 represented death. Why? Let’s see what this funeral assignment was based on.

Remember that the Greeks did not have a zero, so the death of the succession of decreasing numbers took place at value 1.
Zero is a very special number, which has in principle two different meanings, although at bottom they are related:
Number zero appears for the first time in history in the Papyrus Boulaq 18, of the XIII dynasty, of the Egyptian Middle Kingdom, around the year 1700 a.e.C. The symbol used is read –nfr–. But the Egyptians did not know how to take advantage of the zero.
In Babylon, the numbering system used base 60. Unfortunately, since they did not have a symbol for positional zero, the numbers 12=1×60+2= 62; 102=1×60×60+2=3602; 1002=1×60×60×60+2=216,002, were represented in exactly the same way. The Babylonians do not seem to have been much worried about this.
The Maya possessed a symbol for positional zero, documented since the year 36 a.e.C. Unfortunately, their numbering system, in base 20, had an anomaly in the number of hundreds, which in the case of dates was 18×20=360 (to approximate the number of days in a year), while in other numbers was 20×20=400. This complicates the calculations, which on the other hand were used mostly in Astronomy.
The Greeks, as has been said, did not know the zero. Ptolemy uses in the Almagest a positional symbol equivalent to zero, but considers it as a simple annotation, not as a digit that can be treated like any other. Therefore, the use of his symbol did not spread. 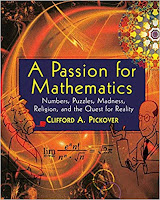 Our positional notation, with a zero equivalent to any other digit, which can be operated, dates back from the Indian civilization, around the 6th century. To represent the absence of a digit, they used the Sanskrit word shunya, which means void. The Arabs, who adopted the Indian notation, transformed that word into sifr. When the notation was transmitted towards the tenth century from Al-Andalus to Western Europe with the name of Arabic numeration, this word became, on the one hand, zero, on the other cipher.

This book by Clifford Pickover contains many riddles and anecdotes related to mathematics.


The same post in Spanish
Thematic Thread on Mathematics: Previous Next