Immortality is in fashion. Every few weeks, the media publish news or interviews related to this matter. In addition to the one I mentioned in an earlier article, let's look at two others, quite recent:
•         We will live 1000 years (Aubrey de Gray, May 1, 2016).
•         Man is about to attain immortality and artificial intelligence, which will turn him into Homo Deus (Yuval Harari, September 11, 2016).
But first we must define what we mean by immortality; otherwise, we will hardly know what we are talking about. As one reader pointed out in my previous article, living 1000 years is not the same as being immortal. If you live 1000 years and then die, you are not immortal, you have just lived longer. This applies, whatever the duration of life. Living 1000 million years and then dying would not be the same as being immortal.
Those who believe that someday we will be immortal do not put all the eggs in the same basket. In recent years, three different ways have been proposed to achieve immortality:


Notice that the concept of immortality is misleading, as it is normally used, because what would be achieved would not be immortality: we would be exempt from aging and illness, but not from accidents. Methods 1 and 2 would be useless if the supposedly immortal had the bad luck of passing by a car bomb, just at the time of the explosion. 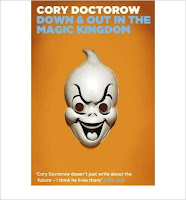 Method 3, on the other hand, would make a theoretical immortality possible, for if an accident destroys a consciousness downloaded into a machine, in principle it could be recovered from a backup, with a small loss of memory. As always, science fiction has anticipated this method, described in Cory Doctorow's novel Down and Out in the Magic Kingdom (2003).
However, method 3 is not proof against more powerful accidents, such as the collapse of our civilization. We know that civilizations, like species of living beings, last for a period of time and then become extinct. If our descendants were deprived of electricity (for example), what would be the fate of people downloaded into machines? Yes, they could hope that the next civilization would be able to decipher our digital codes, a necessary condition to make it possible to “resuscitate” the downloaded individuals who had endured the collapse in the form of encrypted backups, probably unintelligible. And even if they could be deciphered, would the members of the new civilization want to bring to life those humans belonging to an earlier civilization? This would be a good argument for a science fiction novel.
But we are talking about immortality, finally escaping death, and we must take into account another danger, much more difficult to avoid: the thermal death of the universe. According to modern cosmology, the universe is condemned to destruction, either in the form of a Big Crunch, at very high temperature and pressure, or a Big Rip, through the total disintegration of matter into energy. It seems difficult for human life to escape these two hypothetical endings, therefore talking about immortality would be an abuse of language.
But our hunger for immortality has no limits. Attempts have been made to escape even from this universal death, both in science fiction and in scientific speculation. In his short story The Last Question (1956) Isaac Asimov tried to solve this problem. In their book The anthropic cosmological principle (1986) Barrow and Tipler looked at it more scientifically, at least in principle, as I mentioned in another post in this blog.
Homo Deus will not be attainable until man is truly immortal, when he is totally free from death, without any restriction. There are many doubts that this be possible, even in an incipient way, such as those discussed in the first part of this post. Let us remember, finally, that this yearning to be like God is the sin of Satan, and also of Adam and Eve. We do not seem to have progressed much.

The same post in Spanish
Thematic thread on Immortality: Preceding Next