The multiverse does not solve the fine tuning problem 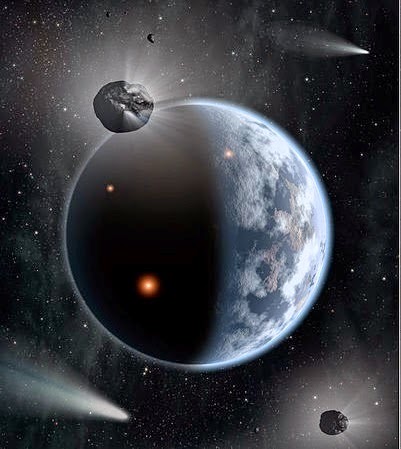 Atheists use the multiverse theories to escape the need to accept God’s existence as the cause of a universe which seems to have been designed to make life possible (fine tuning). While they do this, they are contradicting one of their most beloved arguments against God’s existence, which they have been using since the nineteenth century. This one:

The theist hypothesis offers an explanation for the origin of the world based on two entities: God and the universe.
The atheist hypothesis only needs a single entity: the universe.
Ergo Occam’s razor favors the atheistic explanation.
As it is well known, the lex parsimoniae, also called Occam’s razor, one of the fundaments of the scientific method, asserts that, between two competitive theories, we must prefer that one with the fewest entities (or assumptions).
But the current situation is quite the opposite. The alternative to the theist hypothesis is no longer a single entity, the universe, but rather many (between 10500 and an infinity of universes). The previous argument must therefore be re-written thus:


The theist hypothesis offers an explanation for the origin of the world based on two entities: God and the universe.
The atheist hypothesis needs to postulate the existence of 10500 to an infinity of entities: all the universes in the multverse.
Ergo Occam’s razor favors the theistic explanation.
This is appreciated by the atheists themselves. What is their answer? (M.Rees, Just six numbers: the deep forces that shape the universe, pg. 156):
I’m inclined to go easy with Okham’s razor.
In other words: if Occam’s razor helps us, then we use it; if not, we can always say that Occam’s razor should not be applied to the universe. Otherwise, heads, I win; tails, you lose. Is this fair play? As the philosopher Antony Flew would say, we must follow the arguments wherever they lead us.
Furthermore, the multiverse and God are not incompatible. If God exists and has created a universe, nothing could prevent Him to create two, ten, or 10500 universes. If we were to find scientific proofs of the existence of the multiverse (we haven’t them now, and I don’t believe we’ll have them soon, if ever), that would not prove that God does not exist.
On the other hand, if the multiverse exists, the most important question of all would still be pending:
Why is there something rather than nothing?
Furthermore, the multiverse theories cannot solve the fine tuning problem. Of the six theories mentioned in my previous post, the first five are based on quantum theory. But then, among all possible multiverses, those based on quantum theory are a minority. On the other hand, it seems to be a fact that quantum theory is a pre-requisite for the existence of life. In a classical Newtonian universe, for instance, life would not be possible, for stars could not exist. We end up, therefore, again in the starting point: these multiverses, assuming one of them exists, appear to have been designed to make life possible. With them, the fine tuning problem does not disappear, it just moves from the universe to the multiverse.
As regards the sixth multiverse theory (Tegmark’s), it fails on the opposite side: it is too large. In the first five multiverses experimenting with other universes theories is clearly impossible. Well, it isn’t so with the mathematical multiverse, the most general of all. A cellular automaton (for instance) is a coherent mathematical structure. Therefore, according to Tegmark, it should also be a universe existing somewhere. So, when we experiment with cellular automata, we are experimenting with other universes.
Francisco José Soler Gil and myself have proved that the complexity of computationally complete cellular automata (the most complex in existence) is maintained even though a few of their parameters are not constant. If we make a parallel with our universe, our existence could still be possible even though our fundamental constants were not exactly constant.


Tegmark himself asserted that our universe, if it is a part of the mathematical multiverse, should be typical. Well, it appears that it is not. Possible universes with variable fundamental parameters would be many more than those with these parameters constant. Our universe would not be typical. Ergo the mathematical multiverse does not solve the fine tuning problem.

The same post in Spanish
Thematic thread on Multiverse and Fine Tuning: Preceding Next
Manuel Alfonseca

Posted by Manuel Alfonseca at 12:15 AM