The multiverse and the fine tuning problem 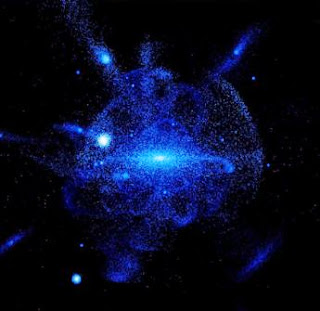 The multiverse theories appeared in cosmology over half a century ago, but they have proliferated and spread starting at the eighties, together with the discovery of the fine tuning problem, the verification that the universe appears to have been designed to make life and our existence possible: many of the physical parameters we consider independent adopt quite critical values, so that very small differences in those values would make the universe hostile to life.
The fine tuning problem has three possible solutions:
·         The universe has been designed by a creator.
·         Our existence is the result of a huge, incredible chance.
·         There are many universes and we are located in that one which is compatible with our existence (the multiverse hypothesis).
Believers have no problem with the first solution, which atheists cannot accept. The second option is not accepted by believers or atheists, since the probability of the existence of this universe would become absurdly small. Therefore for atheists only remains the third option, which they have adopted with glee.

What is the multiverse? It comes from the assumption that maybe our universe is not unique, but one among many (very many) universes, which may be similar or quite different.
The problem is, there is not a single multiverse theory, but at least six, the result of different theoretical assumptions, but incompatible with one another.
1.      The multiverse in the universe. Our universe could be much larger than the observable universe, the part that we can see, which ends at the cosmic microwave background radiation.  If the cosmological principle were not applicable to the whole universe, regions very distant from us, totally invisible for us could exist with very different properties. Those regions would work as distinct universes, though sharing with us the same global space and time.
2.      The inflationary universe. According to a well-known hypothesis, our universe would have gone, almost at its beginning, through an accelerated inflation phase which would very soon have stopped. Perhaps we are inside a bubble, in a much larger space where inflation never stopped, except for other bubbles. Each bubble would be a universe similar to ours, with different physical properties and laws.
3.      The multiverse of M theory. According to string theory (an unconfirmed physical theory) our universe would have 10 dimensions (9 in space and one in time), six of which would be undetectable. Different universes could co-exist in an additional dimension. Each would have different value of fundamental constants and physical laws, giving rise to a large number of very similar or quite different universes.
4.      The Smolin selective multiverse, where each black hole in a universe would become the Big Bang of a new universe.
5.      Whe quantum multiverse in time, proposed by Hugh Everett iii. According to his interpretation of quantum mechanics, whenever there is a collapse of a property of a particle (for instance, its spin), the universe splits in two, differing only in the result of that collapse. As there is a huge number of particles, and every fraction of a second there are many collapses, by now there would be a huge number of copies of our universe, with slightly different histories. Every possible history would have happened in one of these universes.
6.      Tegmark’s mathematical multiverse, the largest one, which proposes that every coherent mathematical structure is a universe which really exists.

Rather than reliable physics, all this looks like science-fiction, right? In fact, I think that the first appearance of the multiverse, long before its scientific counterparts, was Clifford Simak’s novel, Cosmic engineers (1950), which develops a short story by the same author published in 1939.


In my next post I will explain why the multiverse theories are not incompatible with God’s existence and, in any case, do not solve the fine tuning problem.

The same post in Spanish
Thematic thread on Multiverse and Fine Tuning: Preceding Next
Manuel Alfonseca

Posted by Manuel Alfonseca at 12:21 AM