Consequences of scientific fraud, a lesson for politicians 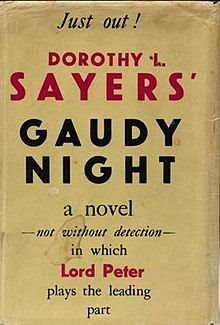 Scientific fraud is an important issue that can give rise to complex ethical problems. The mystery novel Gaudy night (1936), by Dorothy L. Sayers, offers a concrete example. When he is about to defend his doctoral thesis, a scientist discovers a little-known document that demolishes his work. Temptation is too strong, he steals the document and proceeds with his thesis. Unfortunately (for him) one of the university committee was aware of the existence of the document, tries to look it up and discovers that it is missing, and who was the last person who consulted it. The fraud is thus discovered, the thesis is rejected, the case is made public and the researcher is dismissed with unfavorable comments that put an end to his scientific career. As he must support a family, he has to accept a job below his level and finally commits suicide.
The characters in the novel formulate the following ethical problem: Must a person give up his vocation because of having yielded just once to a temptation of fraud? What comes first, the integrity of science or the fate and perhaps even the life of an individual human being? In the words of one of the characters: [That old piece of paper] made no difference to anybody. It wouldn’t have helped a single man or woman or child in the world - it wouldn’t have kept a cat alive; but you killed him for it.


The conclusion is unanimous: the integrity of scientific research must be kept at all costs. Scientific fraud must be fought against, otherwise the whole edifice of science would collapse. But the scientists who carried out that decision should have done something to improve the personal situation of the fraudulent individual and his family.
Scientific principles should set an example for politicians. If political fraud, corruption, voter deception and similar misbehavior were punished as hard as scientific fraud, perhaps our political system would not be so corrupt. A single falsehood should be enough to finish with the career of a politician.
A Spanish political leader said once that it is well known that electoral promises are not intended to be fulfilled. I think it shameful that many people laughed at this show of cynicism.


In a future post I will consider scientific fraud in more depth and will mention another of its ethical consequences: the problem of the presumption of innocence.

The same post in Spanish
Thematic Thread on Science in General: Previous Next
Manuel Alfonseca