Evolution in the twenty-first century 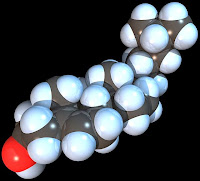 A little over thirty years ago, during the eighties, some of the fundamental concepts of evolution seemed to be quite clear. Let us look at a few: 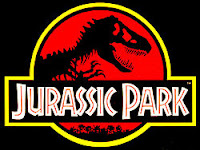 As an example of this way of thinking we can mention the novel Jurassic Park, by Michael Crichton, which I mentioned in another post in this blog. In this book, the possibility of obtaining DNA from disappeared species (dinosaurs) is posed as something feasible in the immediate future, by making them develop after injecting that DNA into the ovule of a crocodile, which Crichton supposed would be sufficiently similar to the ova of dinosaurs to make the process viable.
Just two decades later, at the beginning of the 21st century, biologist James A. Shapiro described a completely different situation in an article published in 2002 in the Annals of the New York Academy of Sciences:
It will be seen that the picture has changed completely. In this new environment, Crichton’s novel is just what it should have always been, a fantasy game without the slightest possibility of becoming real. It is evident that the ovule of a crocodile does not possess the necessary epigenetic composition to make it possible for a dinosaur embryo to develop there. In fact, such an attempt would be approximately similar to trying to execute a program written for an operating system in a different and incompatible one. Obviously impossible.
The concept of species should perhaps be redefined taking into account these modern findings of biology. Thus, for instance, the infertility of mules (hybrids of mare and donkey) may be due to the epigenetic incompatibility of both species, whose DNA is close enough to enable hybridization in the first generation, but not their subsequent proliferation.
A similar case is provided by the synthetic biology experiment conducted by J. Craig Venter when his team transplanted the DNA of a cell belonging to Mycoplasma mycoides to a cell of Mycoplasma capreolus, two species of microorganisms with very simple genomes, quite close to each other. The experiment was successful, so it was hailed as the first species change made experimentally by man through genetic engineering. But it was only possible because these two mycoplasmas are so similar, and their genomes so simple, that it is very likely that both share the same epigenetic complex (the same operating system), in the same way that they share a large part of their genes.
On the other hand, as I indicated in another post, perhaps the concept of biological species should not be applied to bacteria, which if confirmed would make us modify the categorization of Venter’s experiment.

The same post in Spanish
Thematic thread on Evolution: Preceding Next
Manuel Alfonseca
Fourth post in a series of four