Is physics losing touch with reality? 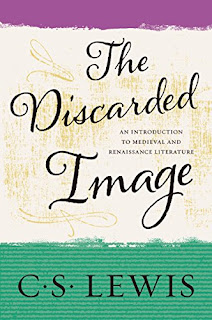 In his famous posthumous book The Discarded Image, published in 1964, a few months after his death, C.S. Lewis shows he is ahead of his time by predicting a situation that today, when it has become usual in physics, gives a rather bad forecast for the future of this science. Let’s look at a relevant quote:
The mathematics are now the nearest to the reality we can get. Anything imaginable, even anything that can be manipulated by ordinary (that is, non-mathematical) conceptions, far from being a further truth to which mathematics were the avenue, is a mere analogy, a concession to our weakness. Without a parable, modern physics speaks not to the multitudes. Even among themselves, when they attempt to verbalise their findings, the scientists begin to speak of this as ‘making models’... Sometimes [the models] illustrate this or that aspect of [reality] by an analogy. Sometimes, they do not illustrate but merely suggest, like the sayings of the mystics... By accepting [an expression such as] the ‘curvature of space’ we are not ‘knowing’ or enjoying ‘truth’ in the fashion that was once thought to be possible.

In other words: for a physicist today, mathematics tends to be more real than reality, assuming that reality does exist. But if reality does not exist, why does science work, when it is applied to reality in the shape of technology? Any of the idealistic, or even denialistic, philosophical theories that have proliferated since the eighteenth century to the present, must confront this incontrovertible fact. None of them has been able to avoid it, much less explain it.
Let us look at a few examples of the loss of contact with reality of modern physics:
·         Theories of the multiverse. There are at least six different theories, all of them incompatible with one another (see this article in my blog). None of them is scientific, because they cannot be tested, nor can they be disproved. In the best case, they are theories mounted on mathematical constructions. At worst they are simple baseless assertions, such as that every black hole in one universe becomes the Big Bang of another. Or the most extreme case, Tegmark’s mathematical multiverse, which states that every coherent mathematical construction is a universe that must exist somewhere. The problem is, we don’t know the meaning of phrases such as exist or somewhere, in this context.
·         The theory of everything. The standard model of particle physics, together with the standard cosmological model, are supposed to be so firmly established that we already know everything, there is nothing left to discover. Nothing is further from reality. There are many reasons why both models are incomplete and may even be incorrect. In previous posts you can find a few relative to the first, and relative to the second. When the media and the physicists speak about the theory of everything, they are incurring the logical fallacy petitio principii: to consider proved something that is not proved.
·         Exotic theories, which probably have nothing to do with reality, but which arouse the attention of the media, as in an article published by Newsweek with this headline: Time travel is mathematically possible with new mind-boggling model. The author of the work himself recognizes that his mathematical model probably will never be applied, because it does not correspond to reality. On the other hand, there are deep philosophical and scientific reasons to think that time travel will never be possible. But that does not prevent the media, not just generalists, but also scientific popularizers, from airing this kind of news as though they had were important, apart from incorporating coherent but unreal mathematical models.


It has been said that physics is the queen of the experimental sciences. If physics loses contact with reality, what will happen to science in general? Are we at the end of the chain of scientific discoveries that began in the Middle Ages and has lasted almost without interruption to our days?

The same post in Spanish
Thematic Thread on Philosophy and Logic: Previous Next
Manuel Alfonseca

Posted by Manuel Alfonseca at 12:01 AM