The god of the gaps 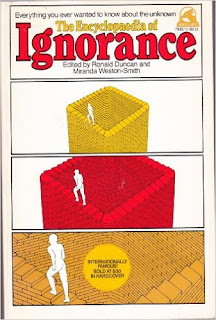 In 1977 Pergamon Press published a curious book called The Encyclopedia of Ignorance, which tried to collect, in a collection of articles written by specialists in different areas, most of the problems (then) unresolved in fields such as cosmology, astronomy, particle physics, mathematics, evolution, ecology, biological development, medicine and sociology. Some of these problems have not yet been solved, almost 40 years later; others, like the mystery of the missing neutrinos in the solar radiation, which I mentioned in the previous post, seem to be in the way of being resolved, although this has led to the emergence new problems, as often occurs in science.
Since the nineteenth century, one of the typical accusations of atheists against believers has been that they resort to the god of the gaps, i.e. to use God to explain those things we still don’t know about the structure of the world. We are still far from knowing everything, because science is (and probably always will be) incomplete: there will always be mysteries. Well, believers are accused to rely precisely on the mysteries (the gaps of science) to justify the existence of God. According to this view, God would be nothing more than the deus ex machina of the Greco-Roman drama, who appeared to solve the unsolvable problems where the playwright had entangled his characters. As science advances, the holes will be filled and the need to turn to God will get lower.


This charge may be used against specific believers, but certainly not against everyone. Without going further, it does not apply to me. I have never used what we do not know to justify the existence of God. For instance, I’ve never said that science won’t be able to solve the problem of the origin of life, because a direct intervention of God was necessary to go from pre-life to life (in other words, that the origin of life must have been miraculous). I have never hinted that it will be impossible to build synthetic life (although I have said more than once that we are very far from achieving it). I have also mentioned (in another blog) that is likely that we won’t be able to discover how life was originated on Earth (assuming it originated on Earth), but not because of its supposed miraculous origin, but because all the documents (fossils) that could help us to find it out have disappeared. 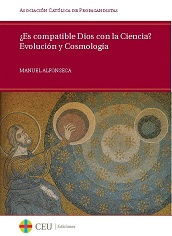 It is quite easy to see that I’m not using the gaps of science as evidence for God’s existence. In 2013 I published a book entitled Is God compatible with science? where I mentioned a few cosmological arguments that may serve as inklings of the existence of God, among them the following:

The arguments I use in my discussions about the existence of God are not the gaps of science, those things we still don’t know, but new facts and theories, verified and proposed by modern science.
It is curious noticing that some scientists fall in a parallel situation to the god of the gaps when faced with unresolved mysteries in our scientific knowledge. A few months ago I coined the term Darwin of the gaps for some of these attempts, when it is assumed that any unsolved problem or pending mystery in the field of biological evolution, when solved, will always be an effect of natural selection, with a more or less farfetched explanation. I have mentioned in a previous post one of these unsatisfactory cases.
However, the history of science does not always confirm these optimistic forecasts. I’ll mention a really spectacular case, where the solution of the problem did not come from natural selection, but from an external, totally unexpected phenomenon. In the late seventies, when the encyclopedia of ignorance was published, one of the outstanding problems of science was how to explain the disappearance of the dinosaurs. There were theories for all tastes, but some biologists kept saying that explanation, when found, would be just another case of the action of natural selection. Among other possibilities, the following they were proposed:
However, in the early eighties it was discovered that the disappearance of the dinosaurs was not directly linked to natural selection, but to an accidental event, the impact against the Earth of an extraterrestrial body, which led to a kind of nuclear winter and the disappearance of most vegetation, automatically causing the extinction of all the larger species, which were left without food. It is curious noticing that many biologists fought against this explanation (first proposed by Luis Walter Alvarez, Nobel Prize in Physics) until the accumulation of evidence forced them to accept it. 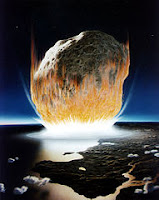 Nevertheless, the theory of gradual change refuses to die. A detailed study of the evolution of the populations of different groups of dinosaurs during the Late Cretaceous has been published recently. At first glance, the results are contradictory: some groups of dinosaurs (ceratopsians and duckbill hadrosaurs) saw a decrease in their diversity. Others (carnivore theropods, for instance) increased it. As Derek Larson (one of the authors of the discovery) points out, for maniraptorans things basically stayed the same through the last 18 million years of the Cretaceous. But the media, as usual, have given stronger headlines to the news. It must be noted in this regard that the partial decline of the dinosaurs before the impact has been known for decades, although not in such detail. And in the words of Michael Benton (co-author of the discovery) this doesn’t in any way attack the importance of the impact.

The same post in Spanish
Thematic Thread on Science and Atheism: Previous Next