The phenomenon of man

We know from experience that man has a mind and consciousness. It is also evident that animals seem to have more mental activities the closer they are to us. Thus, mammals have more minds that reptiles, reptiles more than fish, fish more than invertebrates (possibly excluding cephalopods). All animals except sponges have a nervous system, although some have very little: the nematode Caenorhabditis elegans has only 300 neurons. Plants do not have a nervous system, but they have some sensitivity and are able to move slowly. And when Antonie van Leeuwenhoek discovered microorganisms in the seventeenth century, no one doubted that these tiny creatures were alive. True, biologists have not yet agreed on whether viruses, even more tiny beings, are alive or not. I have written about this in another post in this blog.
In this situation, thinkers tend to take one of the following two contradictory positions:

The Jesuit paleontologist Pierre Teilhard de Chardin chose the second alternative, but went a step further: if mind is the most important phenomenon of the universe, every form of matter must possess it in some degree. Therefore, in addition to assigning microorganisms an incipient mental activity, he proposed that all matter, even at the most basic levels, such as atoms or electrons, must have a mental activity of some kind, although in the case of inert matter that activity is undetectable. We cannot see it, but it is there.
2015 marks 60 years since the death of Teilhard de Chardin, one of the key figures of the twentieth century. He has been a source of inspiration for novelists, who have based on him some of their characters, such as father Telemond, in The Shoes of the Fisherman by Morris West, or the exorcist in the novel of the same name by William Peter Blatty. Both novels have been adapted successfully to the movies. 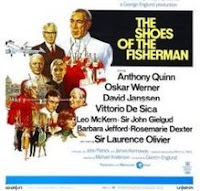 Teilhard clashed with his Jesuit superiors because of two short notes he wrote in 1920 and 1922, where he described his ideas about original sin, which came into clear conflict with the doctrine of the Catholic Church. These notes were not published until 1969, in the collection of articles Comment je crois, but they were enough to make them forbid him teaching and publishing his books. However, he was not forbidden to publish tens of scientific and philosophical papers in specialized magazines, which have been included in eight collections issued between 1956 and 1973.

Although Teilhard, in obedience to his superiors, did not publish any of his books during his life, he left them ready to be published after his death. In 1955, the year of his death, his first book appeared, The Phenomenon of Man, where he describes his ideas from the scientific and philosophical point of view. This work explains in detail, not just his theory of mind as a universal property of matter, but also his predictions about the future: starting on present man, evolution will cease to be divergent and will start to converge (perhaps today we’d call it globalization) towards a final critical confluence point: the Omega point.
Two years later, his second book was published, The Divine Milieu, without reading which it is difficult to understand his first. As I have mentioned in another post in this blog, those who only read The Phenomenon of Man usually think that Teilhard believed that the Omega point will be a kind of passing from man to superman, something like God being created by nature. His ideas, however, were precisely opposite, and The Divine Milieu makes it clear: for Teilhard, the Omega point will be the encounter between God and man, the second coming of Christ, the end of this world and a step through to salvation, not because of human activity, but by being attracted by a previously existing God and creator.

Apart from his doubtful ideas on original sin, which outside the two short notes mentioned above did not reappear ever again in his writings, Teilhard’s ideas were never officially condemned by the Catholic Church (his works were not included in the index of forbidden books) and they were vindicated in 1968, in the book Introduction to Christianity by Joseph Ratzinger, who a few years later became cardinal prefect of the Congregation for the Doctrine of the Faith, and in 2005 Pope Benedict XVI.
In one of my books, The fifth level of evolution, available as an e-book in Spanish, I have described in more detail the life and work of Pierre Teilhard de Chardin, along with my own version of his ideas.

The same post in Spanish
Thematic thread on What Is Man: Preceding Next
Manuel Alfonseca