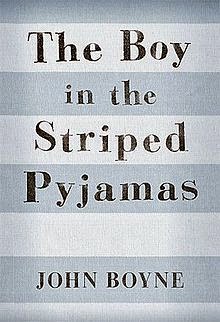 John Boyne’s novel, The boy in the striped pajamas (2007) is about the slaughter in the gas chamber in the Nazi concentration camps. The book ends thus:
Of course all this happened a long time ago and nothing like that could ever happen again.
Not in this day and age.
Is this true? Those things can never happen again?
I think this ending is not right. First, it’s not true that it all happened a long time ago. Seventy years is not a long time for historic events. Second, it’s not true that those things could never happen again. Have we forgotten the Ruanda massacres in the nineties?
But perhaps the author meant that those things can never happen again in Europe. Have we forgotten the Srebrenica massacre and the Sarajevo tragedy, also in the nineties?
Or perhaps he means that these things cannot happen in a democratic country. Has he forgotten that Hitler reached power after a democratic election? Has he forgotten that the Athenian democracy was discredited for millennia by their death sentence against Socrates, the result of a secret vote that took place just after the restoration of democracy, which followed the oligarchy imposed by Sparta after the Peloponnesian war?
Democracy is the least bad of all political systems, true, but this does not mean that the majority rule, the essence of democracy, must be used everywhere else, also in fields where its efficiency has not been proved or happens to be contradictory.

The methods of democracy are not applicable to the search for truth, the object of science and philosophy. If scientific theories were subject to the rules of democracy, a new theory would almost never be able to prevail, for new theories must always fight previous pre-conceived ideas and get adepts little by little, by means of argumentation and reasoning. A scientific theory never prevails because it is accepted by a majority, it must be universally accepted.
Great discoveries, like Mendel genetic laws, can be forgotten for decades, because nobody understands them and their author has come ahead of time, but finally they are re-discovered and win. A single discovery (the Michelson-Morley experiment) staggered Newton mechanics, an established theory for two hundred years, and brought Albert Einstein to build a new revolutionary theory. If the majority rule were in effect, many new theories would never prevail and science would progress slowly, if at all.
The objective of science is finding truth. Theories are supported by facts: results of experiments, paleontological discoveries and so forth. A theory is convincing when many facts support it. If science ever falls under the rule of political democracy, things like this could happen again: in 1897, the General Assembly of the state of Indiana passed a law ruling that the value of pi would be equal to 3.2 in that state. This is ridiculous, but it did happen. If political democracy takes control of science, science is dead.
Besides science, which  cares about what is true and false, we also have ethics, which cares about good and evil. Science tells us how things are, ethics how they should be. Ethics should not be under the control of democracy, of the majority rule. The death sentence against Socrates is a sufficient proof.


In many Western countries with democratic governments, there is a growing tendency to assert that good and evil are what the parliament decides. This is extremely dangerous. With our kind of political parties, it just means that good and evil is what the party leader will decide. A person or a group of persons should never consider themselves above good and evil. If this is allowed, one day we may have a law forcing compulsory euthanasia for all people above eighty, or a conflict between law and religious freedom. If it is allowed, any day we may meet again the boy in the striped pajamas.

The same post in Spanish
Thematic Thread on Politics and Economy: Next
Manuel Alfonseca