Artificial life is not here

Last spring, the media published the news that a scientific team had replaced the smallest chromosome of a yeast cell by a synthetic chromosome, built from the nucleic acid sequence of the replaced chromosome with a few changes, such as the elimination of a section. Once added to the yeast genome, the synthetic chromosome seemed to work correctly.
The headline of the article linked above is meaningful: Scientists Move Closer to Inventing Artificial Life. As it is worded, it seems to imply that we are close to building artificial life. But is this true? Or is this one of those typical overstatements of the media?
In the scientific parlance, artificial life may have two very different meanings:


1.      Simulation of the behavior of living beings by means of computer programs. This is one of my fields of work.
2.      Construction of a living being, not from previously existing living beings, as it is done in nature, but from different chemical substances, in a similar way as what we think could have happened billions of years ago, when life on Earth appeared.
Obviously the article I am commenting refers to the second alternative. Yes, it is an important step, but the headline is a little far-fetched: artificial life is not close to us, and won’t be with us for a long time, if ever.
Sometimes the media appear to believe that the creation of artificial life will take place when the complete genome of a living single-cell will be replaced by a complete different artificial genome, and the result will be viable. But even this would not be artificial life. If it can be done (epigenetic incompatibility could make it impossible), what would have been attained is the  manipulation of a living being of one species, to transform it into an individual of a different species. A great achievement, yes, but life would not have been created, because the initial cell was alive. Things must be named properly.
How could artificial life be created? It should be done in the following way:
1.      Take a number of chemical substances of different types: proteins, nucleic acids, and many more.
2.      Put them inside a lipid-protein capsule (a membrane).
3.      And the most important step: the whole must act as a single-cell living organism, rather than as a dead cell. 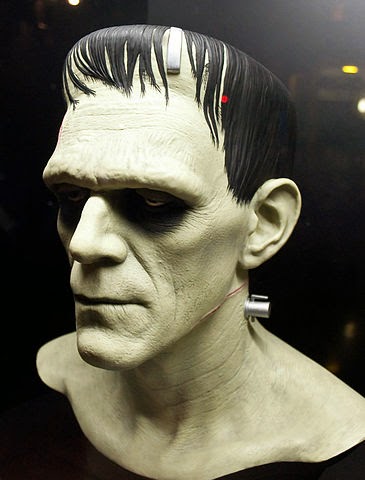 To make things clearer, let us make a comparison. What has been achieved (replacing a chromosome of a living being by a similar one, which works more or less the same, with a few differences) is equivalent to inserting an artificial heart in a human being. Yes, it is very important. But would anyone say that by doing so we are creating an artificial human being? Or that we are on the way to doing it?


To build an artificial human being, such as the Frankenstein monster in Mary Shelley’s novel, it is not enough to join a set of human parts extracted from corpses, and build a body. In that way, we would just get a corpse. To get a living human being, something more is needed. And what is missing is actually the most difficult step.