The ecological ignorance of ecologists

Ecology is the science that studies the mutual relationships between living beings that inhabit a given territory. Scientists who practice and research in this science are called ecologists.
As its name suggests (the -ism ending is very clear) ecologism is not a science, but an ideology. The people who practice this ideology (also called ecologists in English) are not scientists, but socio-political activists. Why did the creators of this ideology choose a name that can lead to confusion with that of a science, especially in English? No doubt they did it on purpose, to take advantage of the social prestige of science; so that ill-informed people would believe that ecologism is scientific; in short, to win votes.
Obviously there always are honorable exceptions, but it is not difficult to see that many socio-political ecologists are quite ignorant about the ecological science that they are supposed to apply in their practical policies, whenever they reach power positions. As a result, such policies are often counterproductive and even tragic.
Let us look at an example:
Next to the city of Isla Cristina (Huelva) begins one of the most beautiful and longest beaches in Spain, extending for a length of over 15 kilometers and ending in Punta Umbría, the beach of Huelva, with the only interruption of the mouth of the Piedras River.

From the outskirts of Isla Cristina, parallel to the beach, stretches a ribbon-shaped pine forest, over five kilometers long and 100 to 200 meters wide. The pine forest is separated from the sea by a white sand dune. From time immemorial, this dune was fixed by vine shoots stuck in the sand, to prevent it from moving. The fixation was interrupted only in a few places, to facilitate access to the beach. 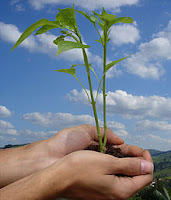 During the 80s, shortly after the Socialist Party took control of the local government of Andalusia, some socio-political ecologists managed to occupy positions of power in the Secretary of Environment. Using as slogan a few empty phrases, such as “we must let nature work, without human interference”, they put their ideas into practice in the dune of the beach of Huelva and removed all the branches that fixed it, leaving it free to move at the pleasure of the elements.
The result was immediate and catastrophic. In about five years, the dune had moved several meters inland, towards the pine forest, and several hundred pine trees had been suffocated by the sand. It is true that the government of Andalusia realized what had happened and fixed the dune again, but as they don’t know how to do it well, it is now worse than it was at the beginning, and what is more tragic, the harm that has been caused cannot be corrected.
Due to the ignorance of the ecologists, a centuries-long conservation work was destroyed in a few years. To top it off, the pine forest will take centuries to recover. Thirty years later, the charred corpses of the pines are still there, as an evident sign of the incapacity of the ecologists.
We could give many more examples of what happens when poorly prepared well-intentioned people (as many ecologists are) dare to intervene in ecosystems. Becoming an expert in a science is an arduous task, and to get there, it is not enough to adopt a socio-political name that looks scientific.

The same post in Spanish
Thematic Thread on Politics and Economy: Previous Next