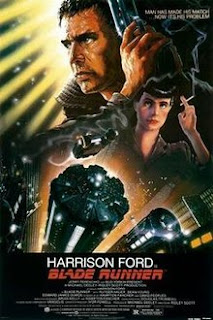 Philip K. Dick's sci-fi novel Do androids dream with electric sheep? was published in 1968 and quickly became a cult book, with many supporters and not a few detractors, among them myself. Fourteen years after its publication, its adaptation to the cinema with the title Blade Runner multiplied the number of its supporters.
In another post in this blog I mentioned that, in my opinion, the film is much better than the novel. When I read the latter, I did not like it. The time has come to explain why. This is the plot:
In a future world, in the year 2019, the advance of technology makes it possible to build androids (replicants in the film), beings of appearance identical to a human being, endowed with intelligence, but who have not been born in the usual way; they have been built. This future society tries to keep replicants segregated, so that they won’t mix with traditional humans. To achieve this, a new profession is invented: the killer of replicants who try to pass themselves off as humans. As soon as they detect a replicant doing this, the destroyer pursues and kills the replicant in cold blood, without a trial.
The above summary can be applied almost equally to the novel and to the film. So far, the argument is interesting, original and attractive. Why then did I say that I did not like the novel, but did like the movie?
In a literary work one must consider two different things: the plot, and the way in which that plot has been built or given shape. For me, the shape is as important as the plot. If the plot is good, but the shape is bad, the work loses value for me. The same happens if the shape is good, but the plot is not attractive. Let’s look at a few examples:

I’ll give an example: At a certain point, the main character (a professional killer of androids camouflaged as humans), while chasing a camouflaged android, discovers a complete infrastructure built by the androids, a parallel city, a duplicated social world, where the androids have even hired humans to destroy camouflaged androids. The pursued android had taken refuge in the command center of this infrastructure. Once the main character has killed the android, however, he does nothing about the parallel city, he just forgets about it; it never again appears in the novel. However, the androids who have assembled this infrastructure should be destroyed, according to the rules, for they are posing as humans. There is no explanation about why the androids had built it, or why they have hired humans to destroy androids. This part of the plot is left in a vacuum, has no relation to the remainder. This is one of the points that (fortunately) disappeared from the film script.
There are a few other unsolved scientific questions, some of which are common to the novel and the film:


If the replicants are synthetic humans, as seems likely, the situation posed by the novel and the film is highly immoral. Indeed, if that were the case, the replicants should be considered as fully human beings, whatever the way they were conceived. Denying them the right to life would be an abuse. Of course, this novel, like the movie based on it, is a dystopia, it presents an unpleasant future. Besides, who are we to condemn them? Have we not denied the right to life to a huge proportion of human beings, all those under nine months of age from fertilization? Are not millions being killed before our eyes? Suffice it to recall that currently, in Spain, one of every six fetuses or embryos is subjected to abortion (in other words, it is killed).