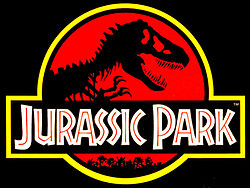 Michael Crichton's novel Jurassic Park is an allegation against the unreasonable use of science. In the words of Dr. Ian Malcolm, one of the characters in the book:
Scientists are actually preoccupied with accomplishment. So they are focused on whether they can do something. They never stop to ask if they should do something. They conveniently define such considerations as pointless. If they don't do it, someone else will. Discovery, they believe, is inevitable. So they just try to do it first. That's the ga me in science. Even pure scientific discovery is an aggressive, penetrative act... Discovery is always a rape of the natural world. Always.
This problem arises especially in the scientific field that serves as the basis for Crichton's novel, genetic engineering, which poses many important ethical problems. There are many things that we can already do, or are close to achieving, but should they be done? I will mention a few:


•         Human cloning.
•     Obtaining hybrids or chimeras between humans and animals. I mentioned this in another post in this blog.
•    The resurrection of extinct species. Some experts think that it would be better to use our efforts to conserve existing species; that it is not clear that the extinction won’t happen again; and that the benefits obtained from the conservation of those species are debatable. The problem has been raised recently with regard to the possible recovery of species of frogs that have disappeared in recent decades.
To give strength to his allegation, Crichton introduces alleged scientific arguments through his character (Ian Malcolm), who is supposed to be a mathematician expert in chaos theory. Let us look at some of those arguments:
•         [In a complex system,] inevitably, underlying instabilities begin to appear.
•         Flaws in the system will now become severe.
•         System recovery may prove impossible.
•         Increasingly, the mathematics will demand the courage to face its implications.
It is easy to see that, while trying to give scientific basis to his novel, Crichton has confused two different theories:
It is evident that the system in Jurassic Park, which collapses abruptly as a consequence of an apparently small change (the action of a saboteur, who disconnects for a certain time the security systems) is a catastrophic system, not a chaotic system, as the author says many times through his character Ian Malcolm. And the successive iterations in the generation of a fractal curve, which serve as a framework for the different sections of the novel, have no relation at all to what is happening.
Anyway, despite the various additional scientific errors of the book, which are related to genetic engineering and have often been pointed out, the plot is attractive and the novel is easy to read, probably due to the morbid fascination at seeing people persecuted and sometimes devoured by dinosaurs.

The same post in Spanish
Thematic Thread on Mathematics: Previous Next

Posted by Manuel Alfonseca at 10:00 PM