A headline in a major Spanish newspaper: Piracy increases. The text says: A survey shows that 56.6% of those who downloaded a book through the Internet did it without any payment... [In Spain] we are going backwards, because while in countries like France the number of pirated eBooks decreases year after year, here, however, it increased. Next door is another story where publishers complain of their falling sales.
In this context, we should notice a couple of widespread errors:
•         There is confusion between a free downloaded eBbook and a pirate eBook. Both things are quite different. For instance, when I bought my eBook reader, it came with a library of about 1000 files. (Books and files cannot be considered equivalent, for each story by Edgar Allan Poe, to give one example, was in a separate file). All these books were legal, because all of them were works out of copyright. Later on I have added many more: just now I have over 2000 volumes of classic books, downloaded from free sites like the Project Gutenberg, the University of Adelaide, epub Books, the Cervantes virtual library, Dominio Público, Livres Pour Tous, Ebooksgratuits, etc. All the books that can be downloaded from these sites are free, but all are legal. However, publishers (and the media who echo them) tend to count any freely downloaded book as a pirate book, because it does not provide them with any profit.


•         The other error is similar. While making their calculations, publishers tend to assume that every pirated book is a lost sale. Even allowing that there are many downloads of pirated eBooks, it does not follow that every one of those downloads has been a loss for the publishers. There are compulsive pirates who download books indiscriminately, just itching to possess them, but do not have time to read them all. I once made a calculation that persons reading almost without interruption would read at most 25,000 books in their whole life. Actual figures are much smaller. Compulsive pirates may have many more books. I don’t think one can assume that these people would buy all these books on paper if they could not download them free. Most likely they would not buy any. 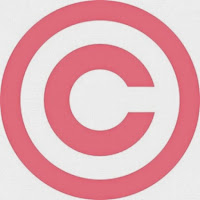 Another question is whether eBook readers increase the reading rate. Here I can only offer my own experience, which has no statistical value. In the five years prior to the purchase of my eBook reader, I read about 115 books a year. In the five years since, I read an average of 130. The increase was significant. I have not stopped reading books on paper, but two-thirds of those I read now are eBooks. Many of them I got free, although I also bought many others. But it is true that, with so many legal free eBooks at our reach, the need to buy has decreased significantly.
A final consideration: among other things, Internet has led to the birth of the all-gratis culture. Many people will never buy an eBook, even though you offer it to them at a minimum price, even at less than $1. Here I can provide significant figures based on my own experience:
•         I have 16 of my own books available for sale at Amazon in eBook format (9 of them are also in Kobo Books). In several years, I have sold less than 200 copies.
•         In the same time, I made 15 of my out-of-print books available for legal free download in my own web page. There were over 32,000 downloads.
•         One of my mystery books in Spanish was offered gratis in Amazon temporarily. At the same time, the price of the other three books in the series was reduced to $0.99. The result, after a couple of weeks, was as follows: the first book in the series was “bought” by 71 persons. The other three got zero sales.


The book publishing business has changed. Publishers must find new ways to confront a totally different market, or they will all go under.