Crazy to predict the future

Consider this quotation of the book Small is Beautiful: Economics as if People Mattered (1973), by E.F.Schumacher:
There have never been so many futurologists, planners, forecasters, and model-builders as there are today, and the most intriguing product of technological progress, the computer, seems to offer untold new possibilities. People talk freely about 'machines to foretell the future'. Are not such machines just what we have been waiting for? All men at all times have been wanting to know the future.
These words are still true today, over forty years after they were written. What’s more, they apply especially to science and technology, two fields of human activity which at first glance should be free of fantasy and keep their feet glued to the ground.
In a previous article I mentioned that many scientific news published today, rather than discoveries, are forecasts of possible future developments, i.e. futurology. Here are a few of the news published in the press on the same month, February-March, 2016: 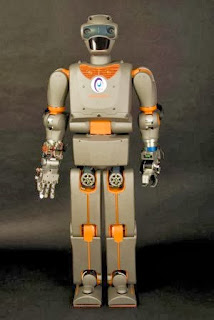 It looks like we’re really crazy about predicting the future, perhaps more than ever. Is this reasonable? Let us listen to Schumacher’s words about it:
When the Lord created the world and people to live in it -- an enterprise which, according to modern science, took a very long time -- I could well imagine that He reasoned with Himself as follows: "If I make everything predictable, these human beings, whom I have endowed with pretty good brains, will undoubtedly learn to predict everything, and they will thereupon have no motive to do anything at all, because they will recognise that the future is totally determined and cannot be influenced by any human action. On the other hand, if I make everything unpredictable, they will gradually discover that there is no rational basis for any decision whatsoever and, as in the first case, they will thereupon have no motive to do anything at all. Neither scheme would make sense. I must therefore create a mixture of the two. Let some things be predictable and let others be unpredictable. They will then, amongst many other things, have the very important task of finding out which is which." And this, indeed, is a very important task, particularly today, when people try to devise machines to foretell the future.
Before anyone makes a prediction, he should be able to give a convincing reason why the factor to which his prediction refers is inherently predictable. Planners, of course, proceed on the assumption that the future is not 'already here', that they are not dealing with a predetermined -- and therefore predictable -- system, that they can determine things by their own free will, and that their plans will make the future different from what it would have been had there been no plan. And yet it is the planners, more than perhaps anyone else, who would like nothing better than to have a machine to foretell the future. Do they ever wonder whether the machine might incidentally also foretell their own plans before they have been conceived?