Surveys and statistics: opinions and facts

We tend to confuse the majority opinion with the truth. This is wrong, as expressed by Henry Whitehead:
Never fear forming a minority of one; majorities are usually wrong.
But sometimes the consequences drawn from public opinion are even more misleading than the opinion itself. In an article entitled Are we xenophobic? published in a Spanish high-diffusion newspaper on March 17, 2011, the author discussed the result of an official survey:
...Citizens believe that immigrants receive from the state...
lots more (30.8%) or just more (38.7%) than they contribute.
And he drew from this result the following comment:

Any sociological diagnosis would understand these figures

as a breeding ground for a reactionary and xenophobic social culture.

Saying the opposite is tantamount to denying a consistent reality.

For this to be true, we must know without a doubt which is the consistent reality. To find out whether the citizens are xenophobic, first we must know the facts of the case:

Do immigrants actually perceive from the State
more, the same or less than they contribute?
Without knowing the answer to this question we cannot draw any consequence. If the answer were that they do receive the same or less, the author of the article may be right in thinking that citizens are xenophobic. At least it would be true that they are wrong in their assumptions. But if the answer were that they receive more, the conclusion would be the opposite: rather than xenophobic, the citizens would be clever. Just for once, public opinion would not be wrong. 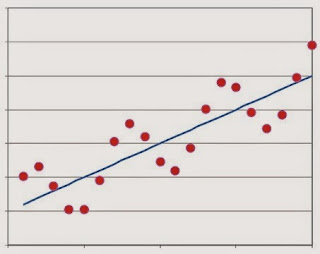 A survey aims to discover opinion. But isolated opinions are useless. One cannot draw conclusions from them without confronting them with the facts, which are the subject of statistics. Yes, I know that statistical studies can also be manipulated. In the words of Mark Twain:
The first thing you must do is learn what the facts are.
Then you can distort them as much as you want.
Many media perform surveys between their readers. Most of them are absurd, useless and irrelevant. This is always the case with a survey that only tries to predict the future. The same happens when common people are asked about their opinion on complex matters that require specialized knowledge or inside information. Let’s look at a few examples:


All these surveys except the first gave the option of answering I don’t know. If you think a little about it, for such questions this option should have obtained the majority response in every case. In fact, the percentage of respondents who answered in this way was always less than 6%. For most people, it’s very difficult to say I don’t know.


The same post in Spanish
Thematic Thread on Statistics: Previous Next
Manuel Alfonseca