Solution to the time machine problem

Answer to the problem posed in a previouspost, on August 18th 2014:

This is what happened in the second scenario: 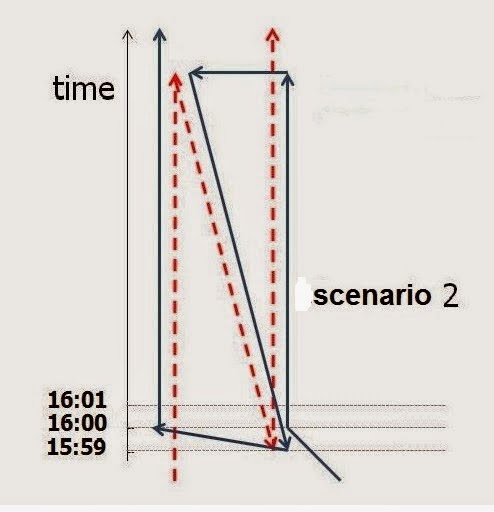 Only these two scenarios are possible. Any other you may try to build would be inconsistent (try and you will see).

It is easy to see that the world line for the machine is the same in both scenarios. What changes is the traveler’s world line.

Nobody doubts that a human being is free to take an elementary decision such as changing chairs or not.

Therefore time travel towards the past must be impossible.

Email ThisBlogThis!Share to TwitterShare to FacebookShare to Pinterest
Labels: a problem to be solved, science-fiction, time machines