Daring to say “I don’t know” 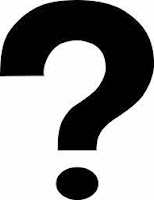 I don’t know. It seems quite simple. Why so few people dare to say it?
Several years ago, when it became fashionable in popular newspapers to publish mini-surveys, answered by four or five people, about a current issue, I wondered at seeing that, whatever the question, not one of them ever answered I don’t know. Everyone was perfectly clear about what they should answer in every case.
Some of the questions had substance:

They always had an answer. When I asked myself the same questions, if I tried to be honest with myself, I came to the conclusion that I had no idea. Obviously, the leaders of the main countries of the world did not know the correct answer either, for otherwise they’d have solved the problems. Perhaps normal people know more? Or maybe the newspapers filter the information and don’t publish those who answer I don’t know? Thinking again, politicians never say I don’t know either, even if their actions clearly prove their ignorance.
As a professor at the university, I’ve never been embarrassed to answer I don’t know to a question from my students. Why should I? I don’t have to know everything, not even about the subjects I teach. Sometimes I’d add: I’ll take a look at it. Meaning, I don’t know now, but I can investigate, try to discover the right answer. Without forgetting, by the way, that not all questions have a right answer.
It is funny, those who answer I don’t know in the media are usually scientists. Precisely those who are supposed to know more. Sometimes this answer angers the readers or the interviewer, who probably know less than they do. On January 14, 2010, the major Spanish newspaper La Vanguardia interviewed Michael Griffin, who had been director of NASA from 2005 to 2009. The interviewer tried to make him give his opinion on a number of points:

The next day, the same newspaper published a letter from a reader who said Griffin had tried to dodge the issue by hiding his opinions. The reader never even thought that it is possible to have no opinion on a specific issue. That it is possible not to know.
Of course, the dominant political correctness, the current dogmatism and censorship, does not allow us to keep an open mind, does not let us say I don’t know. We must repeat the mantras of unique thought, on pain of being criticized without mercy.
In this, too, politicians should learn from scientists.

The same post in Spanish
Thematic Thread on Science in General: Previous Next