Sometimes, while reading items published by journals such as Science News, it looks like some research currently being carried out is platitudinous. Either it leads to the discovery of things everyone knows, or time and efforts are spent to investigate in fields that no one cares about. We know that many researchers are anxious to publish, and they must justify somewhat the funds they receive, but up to that point?
Let’s look at a very recent news (April 2019):
Cats recognize their name. A study suggests our feline friends can tell the familiar sound of their name from other words. A paragraph of this news adds: As for whether or not a cat understands what a name is, well, only the cat knows that.
Anyone who has had a cat (I had one half a century ago) knows that cats recognize their name. Was it necessary to do a research about this, probably spending public money, to discover something that everyone knows?
Another contentious field in current scientific research is the confirmation of results. One of the fundamental rules of the scientific method is the fact that every discovery must be confirmed by a different team, perhaps by a different procedure (this is not always possible), before the discovery can be considered part of the stock of science. In recent times, apparently researchers don’t want to perform this kind of work, the confirmation of experiments carried out by others, probably because it does not lead to scientific recognition in the form of publications and projects. This means that many “discoveries” are parked without confirmation, or even worse: it is assumed that all those discoveries are genuine without having been confirmed, which transgresses one of the main principles of the scientific method. Let us look at a few recent signs of concern about this:
Unprecedented funding challenges have put scientists under extreme pressure to publish quickly and often. Those pressures may lead researchers to publish results before proper vetting or to keep hush about experiments that didn’t pan out.
The same article contains the following worrying data:
The Bayer pharmaceutical company tried to repeat studies in three research fields, mostly cancer studies. Almost two-thirds of the redos produced results inconsistent with the original findings. 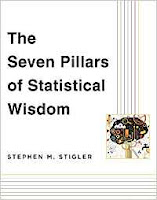 It looks like we are going through a crisis in scientific research, at least in the fields of medical and social sciences. In another post I talked about a different crisis affecting physics, the most scientific of all fields. Where is science going?


The same post in Spanish
Thematic Thread on Science in General: Previous Next