One hundred years since The Decline of the West

This year it will mark one century since the publication in 1918 of the first volume of the book The Decline of the West, by Oswald Spengler. The second volume was published five years later, in 1923. This book was the first to raise the idea that our famed Western civilization is in decline. What can we say about it, a hundred years later?
The great historian of the twentieth century, Arnold J. Toynbee, agreed with Spengler on his fundamental idea, although not in the details. For Toynbee, Western civilization collapsed in the twentieth century, when the two world wars proved its inability to face new challenges. Of course, for Toynbee, the collapse of a civilization does not mean its disappearance, it does not even prelude it. We still have ahead - according to him - a few centuries of what Toynbee calls the Universal Empire, linked, however, to a certain cultural stagnation.
The first thing we have to notice is: if Spengler actually managed to detect the decadence of our civilization, it means that the decline had begun much earlier. Evolutionary movements, both biological and cultural, are imperceptible at the beginning. When they become visible, they are quite advanced in their development.


In another post in this blog (The myth of the Enlightenment) I explained that in the first half of the eighteenth century there was an important cultural decline throughout the West, a drop in the scientific, literary and artistic productions, compared to the previous two centuries. I also pointed out that one of the supposedly important figures of this era (called by those who lived at that time with the pompous name of Enlightenment) was the English philosopher David Hume, father of skepticism. His philosophical theories, based on the rejection of the possibility to know truth, can be considered responsible for the fast decadence experienced by philosophy since the mid-nineteenth century, which has spread to science since the mid-twentieth century.
The decline of the West has reached today a very advanced state, much higher than in Spengler’s time. If by 1920 the Western visual arts were dissolving into a conglomerate of isms, with a number of art schools almost equal to that of practitioners, Western music can be considered practically dead for the last half century. Even cinema, the most modern of the arts, unique to our civilization, after a short golden age that spanned a little over a quarter of a century, collapsed in 1965. From that date, the art of cinema has lost originality and is based almost exclusively on remakes of previous hits, galactic sagas and adaptations of modern or ancient literary works.
What about science? In previous posts I have mentioned that it is quickly losing contact with reality. Physics, the queen of experimental sciences, is in a clear decline. When this effect reaches biology, the most rapidly advancing science during the 20th century, the scientific development of our civilization will have come to an end. Quantitative data provide significant evidence that this trend is real, that it is not just my pessimistic bias. 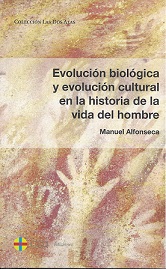 In a recent book (whose Spanish title, translated into English, is Biological and cultural evolution in the history of life and man) I have tried to detect the cause of the decadence. I think there are reasons to assert that our decline is parallel with the rise of atheism, which began with the Enlightenment, spread to philosophy in the nineteenth century, causing the death of this discipline (this was pointed by Karl Marx said in his Manuscripts) and since the mid-twentieth century has invaded our entire society.
Basic science, less contaminated by this tendency, because it has nothing to say on religious matters, has remained farthest from the decadence for longer, but the invasion by atheism of the social environment threatens to put an end to its development. Only applied science (technology) still maintains the inertia of its advances in previous centuries.
In short: the decline of the West, signaled by Spengler a century ago in a book that provoked a strong controversy, is today indisputable. We just have a doubt about how long we’ll be able to stand this situation.

The same post in Spanish
Thematic Thread on Science and History: Previous Next