Newton, the greatest scientist of our civilization

As I said in the previous article, in my biographical dictionary 1000 great scientists (1996) and an unpublished book, I proposed an objective quantification of the importance of different scientists, using measures such as the number of lines that various encyclopedias assign to each. Six scientists, one Greek (Aristotle), of whom we have already spoken, and five from the West (Descartes, Newton, Darwin, Freud and Einstein) were tied with the highest score in these studies. Among these five, is there one who can be considered the greatest scientist of our civilization?
In 1964 Isaac Asimov conducted another study (The Isaac Winners) on the relative importance of men of science, which resulted in a list of the 72 best scientists of all time, in his opinion. This list is simply qualitative and does not establish a relative order among the names that appear in it, although Asimov (again in his opinion) asserts that Isaac Newton, who happened to be his namesake, was the greatest scientist of all time. 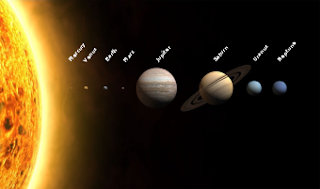 Let’s look at some of Newton’s achievements:
Newton was less successful in his studies on alchemy, which had not yet reached the rank of science and had to wait until the end of the eighteenth century. He also studied in depth biblical chronology and the writings of the Church Fathers, and wrote articles on theological studies, some of which were published during his lifetime and others remained unpublished until after his death.
Newton was a convinced believer. In relation to his own theory of universal gravitation, he said this:
Gravity explains the motions of the planets, but it cannot explain who sets the planets in motion... [God] rules all things, and knows all things that happen or can happen.

The same post in Spanish
Thematic Thread on Science and History: Previous Next
Manuel Alfonseca