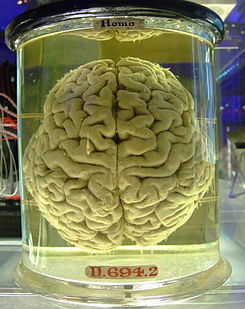 On February 13, 2017, the Spanish newspaper La Razón Digital published an interview with Rafael Matesanz, expert in transplants, with the following headline:
Brain transplant would be the panacea
As usual, the media prefer the most spectacular headlines, regardless of whether they misrepresent the meaning of the article. In this case, for example, the headline was taken from a rather secondary part of the interview. The following:

Is there an organ, today irreplaceable, but that will be [transplanted] in the future?
The brain.
Will it be viable?
To make it replaceable, we should know how to connect with the bone marrow the fibers leaving the central nervous system, otherwise... We are still far away, although we would like to be able to do it, for that would mean being able to cure quadriplegia and paraplegia.
...
Can you give me an example?
Consider what it would mean to people like Stephen Hawking, with a privileged brain, which you could transplant into a healthy body. Or many vegetative diseases that spoil the motor part of a body, with a healthy brain. It could be an unbeatable form of treatment, but we are far from it. Conceptually it would be the panacea.


Science fiction, obviously, but as usual, the writers of this literary genre had anticipated it. In 1928, Edgar Rice Burroughs (the author of Tarzan of the Apes) published The Master Mind of Mars, sixth in the series about John Carter of Mars. In this novel, he tackles brain transplantation as follows: 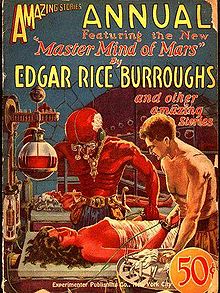 Ras Thavas is the mastermind of Mars, the man who has managed to solve the problem of brain transplant. In his laboratory, hidden in an almost inaccessible Martian place, Ras Thavas has found a practical application for his discovery by means of a new form of commerce: the sale of young bodies to rich old people. To do this, he organizes a slave buying and a kidnapping network, to obtain healthy bodies to be sold to his clients. Then he extracts the brain in the body and replaces it by his client’s brain, so that the latter recover their youth (according to Ras Thavas, or rather Burroughs, the brain does not age). But the mastermind of Mars has a problem: he is old and would like to use his own rejuvenating procedure, but cannot operate on himself and does not trust any of his assistants, who could cause his death in order to replace him. Just then Captain Ulysses Paxton, of the United States Army, arrives in Mars. He has no relation to any Martian, and therefore should be exempt from local ambitions. Ras Thavas decides to instruct him, so that he will be able to perform the operation. Unfortunately, Paxton falls in love with a beautiful Martian girl whose body has been sold to a rich old woman, and promises her to recover it...
In a masterly way, Burroughs predicts in this novel almost all the ways in which brain transplant, if possible, could be misused. For instance, experimenting with mixed beings, partially human and partially animals, to which just half of the brain would have been transplanted. One of them, half ape and half man, becomes one of Paxton’s best helpers, when Paxton promises to return him his original body and his missing half brain.
What is the main scientific failure of the novel? That the brain also ages, and while a transplant to a healthier body could help an incapacitated person (as Matesanz suggests), it would not help to reach immortality.


Fortunately, brain transplantation, if possible, is so far away in time that we can forget about it, at least for the rest of the 21st century. It will be noticed that none of the futurologists who promise immediate immortality resort to this procedure to make it possible.

The same post in Spanish
Thematic thread on Natural and Artificial Intelligence: Preceding Next
Manuel Alfonseca