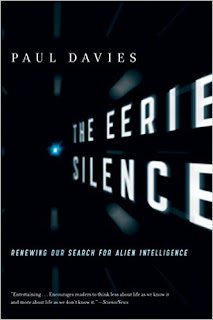 A little over half a century ago, saw the beginning of project Ozma (named for the princess ruling the fictional country of Oz), which continued with the SETI program (Search for ExtraTerrestrial Intelligence). Assuming that there must be many cases of extraterrestrial intelligence, most of which will undoubtedly have reached a technology capable of communicating by means of electromagnetic waves, surely some of them are sending messages that perhaps we can detect and answer. Initially it was thought that we could take the initiative, sending messages to stars that might harbor planets with life similar to ours, but this was soon considered too expensive, so all efforts were allotted to intercept messages, not necessarily addressed to us. After half a century of efforts, nothing has been achieved. There have been a few false alarms, but none that has been confirmed.
In a previous article I mentioned the Fermi paradox, which holds that we must be alone in the galaxy, because otherwise any extraterrestrial intelligence with several million years advantage would by now be here, because it would not take long to colonize the whole galaxy, even at the interstellar speeds we will reach in the next few centuries.
The Fermi paradox has received four main explanations:

In 2002, in his book Where Is Everybody? Stephen Webb tried to collect the largest possible number of responses to the Fermi paradox, including some hilariously absurd, such as they are here and they call themselves Hungarians. His solutions are grouped into three groups, approximately equivalent to those listed above:
To these 49 solutions, the author adds number 50, his favorite. In fact, this solution does not solve the paradox, although it tries to explain why we have not received communications: perhaps there are extraterrestrial intelligences trying to communicate with us, but either we do not know which device they are using, or, if they use electromagnetic waves, they use a frequency we have not yet tried, or we have not listened long enough and must keep trying for a couple of centuries.
In his book The Eerie Silence, published in 2011, whose title I have used in this post, the physicist Paul Davies proposes a solution different from the previous ones:
If there are extraterrestrial civilizations, they should be much more advanced than ours. All of them must have reached the point where artificial intelligence (intelligent machines, robots) have surpassed and supplanted their creators. These machines will also have achieved independence from the planets revolving around stars at a convenient distance, and thus will have overrun the many wandering planets travelling through interstellar space. As they are superior beings, these robots are not interested in communicating with us, a lower form of life. This would explain their eerie absence and their lack of interest in colonizing our planet. 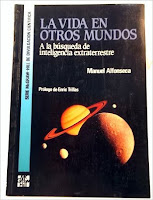 Frank Drake, who inspired project Ozma and created the famous formula that bears his name, to calculate the probability of the existence of extraterrestrial intelligence, estimated in a million the number of civilizations in our galaxy. More skeptical, or more scientific, the XVII General Assembly of the International Astronomical Union stated that this number may be anywhere between one (us) and a billion. In one of my popular science books (Life on other worlds, 1993) I expressed our ignorance in a different way:


The probability of the existence of extraterrestrial intelligence is 50%. As we know nothing, this is equivalent to throwing a coin, and if it comes up heads, we say that we are alone; if tails, that we have company.

The same post in Spanish
Thematic thread on Life in other Worlds: Preceding Next
Manuel Alfonseca