What does physics tell us about time travel?

In the previous article we considered a few paradoxes that could bring us to doubt the possibility of time travel. But what does physics say about this? Is there any theory that would make time travel possible? Is it true, as some say, that Einstein’s special theory of relativity implies that it will be possible to travel in time?
First of all, we must refute a fairly widespread misconception. We often hear people saying something like this:
If it were possible to travel at speeds greater than the speed of light, we would travel backwards in time, because the passage of time would become negative.
Is this true? Consider the equation that defines the relationship between proper time and external time for a body moving with a uniform rectilinear speed, according to the special theory of relativity:


But what if v>c (if we could go at speeds greater than the speed of light)? In this case, the term under the square root would be negative, that is, time would be imaginary. Not negative, but imaginary. And what is imaginary time? According to the Minkowski invariant, an imaginary time would behave exactly like space: a time that would not elapse. Even traveling at speeds greater than the speed of light, travel in time would not be possible.
It is true that the general theory of relativity is compatible with the existence of time loops that would make it possible, in theory, to travel back in time, if reality matches the B-theory, not the A-theory. The trip would take place through a wormhole (a tunnel through space-time). There are several types of wormholes:
•         Euclid Wormholes, using unknown dimensions, which would make it possible to travel very fast in space.
•         Lorentz Wormholes, devised by Hermann Weyl (1921) and John Wheeler (1957), purely theoretical topological structures of space-time, that have never been associated so far with a natural physical process. Travels to the past made in this way do not provoke paradoxes, for the travelers cannot travel to their own past, although it would be possible to make an interstellar trip and return home a split second after their departure.
•         Schwarzschild Wormholes: tunnels where you enter through a black hole and get out through a white hole (an entirely hypothetical structure). 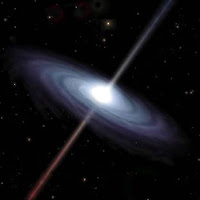 Schwarzschild wormholes are frequently used in the literature of science fiction, rather more to travel in space than in time. I myself used them in my novel Beyond the black hole. Unfortunately, although the existence of black holes is well proven, that of white holes remains a pure hypothesis. But a more fundamental problem arises.
In the 100 years of its existence, the general theory of relativity has received the support of having made five correct predictions:

Yes, the theory of general relativity has had several very important predictive successes. However, like any scientific theory, it can be refuted by subsequent discoveries. Where could this happen?
Precisely in its predictions about what is inside a black hole. According to general relativity, a black hole would contain a singularity, a point of infinite density. Now, throughout the history of physics there have been many predictions of infinites which later have been eliminated by modifying the theories. In general, the assumption that the prediction of an infinite is the weak point of a theory has always been confirmed so far. If this happens to Einstein’s theory, time travel through wormholes could become impossible.
To end this post: in 1949 the famous mathematician Kurt Gödel proposed a cosmological model compatible with general relativity, where time travel would be possible. Unfortunately, this model is incompatible with the existence of matter, so that, in Gödel’s universe, time travel would be possible, but there would be no travelers to try it out.