Are we alone in the galaxy?

In their famous book of hard scientific popularization, The Anthropic Cosmological Principle, published in 1986, the cosmologists John Barrow and Frank Tipler offer a proof that we are alone in the galaxy by means of a variant of the Fermi paradox (if there are any extraterrestrial intelligences in the Galaxy, why aren’t they here?) which can be summarized as follows:
1.      In 100 years we will have succeeded in creating life in the laboratory. Not just life, we will also be able to build a complete human being from its chemical components and information about the human genome, which can be stored in a digital memory.
2.      In 100 years we will have managed to build artificial intelligences as intelligent as human beings, able to replace us in any place and circumstance.
3.      Our current space technology allows us to reach a speed of 0.0003 c (where c is the speed of light). At that speed, a spaceship would take about 50,000 years to reach the nearest stars.
4.      The ship in question (let’s call it a von Neumann probe) may carry one or more artificial intelligences, along with the information necessary to synthesize human beings as soon as they reach their target. The ship does not need to carry expensive equipment to keep the crew alive. Consequently, the cost of the expedition would be little more than the cost of the Apollo project. The star that is reached does not need to have planets suitable for life. The synthesized human beings could be installed in space stations (O'Neill colonies) built after arriving there from raw materials in the planets or asteroids in the target planetary system.

5.      The artificial intelligences making the trip would build, from the same raw materials, new von Neumann probes that would be sent to neighboring stars.
6.      It would be enough that two von Neumann probes from each starting point would be successful, in average, in the colonization of nearby stars. The colonization of the galaxy would then take place exponentially. Barrow and Tipler estimate that 300 million years would suffice to colonize the whole galaxy (the authors claim that this upper limit is actually exaggerated).
7.      If we can do this (or rather, if we could do this by 2085, according to points 1 and 2), other extraterrestrial intelligences would have been able to do it too. Any of them with a lead of 300 million years over us (a little over 2% of the age of the universe) would already be here. Since they are not, they do not exist. 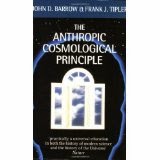 This argument depends on two initial hypotheses: points 1 and 2. If it were impossible to artificially synthesize living human beings from inert matter, or if it were not possible to build artificial intelligences equivalent to us, the whole argument would fall to the ground. It is true that the results do not depend on whether it would take us precisely 100 years to achieve these objectives. If 1000, 2000 10,000 years, or even more were required, the results would be the same. The problem is that at least one of those points, 1 and 2, may be unattainable.
In his book, Barrow and Tipler predicted that the first complete living cell would be synthesized in the laboratory in about 30 years, i.e. by 2015. It does not look like this prediction will be fulfilled. As for artificial intelligence, since 1958 it has been considered imminent several times, but all these predictions have failed. As a result, 30 years after the publication of the book by Barrow and Tipler, we still cannot confirm their assumptions.

The same post in Spanish
Thematic thread on Life in other Worlds: Preceding Next