In a previous post, speaking about intelligence, I mentioned that there are four incompatible philosophical theories that try to explain the phenomenon of human consciousness. I summarize them briefly here:
1.     Reductionist monism or biological functionalism: The mind is completely determined by the brain and by the network of neurons that makes it. The human mind is an epiphenomenon. Freedom of choice is an illusion. We are programmed machines.
2.     Emergent monism: The mind is an emergent evolutionary product with self-organization, which has emerged as a complex system from simpler systems made up by neurons. Some argue that the underlying structures cannot completely determine the evolution of the mental phenomena. These, however, would be able to influence the underlying structures.
3.     Neuro-physiologic dualism: Mind and brain are different, but they are so closely connected that they make up a unit, two complementary and unique states of the same organism.
4.     Metaphysical dualism: Mind and brain are two different realities. The first is spiritual and non-spatial, capable of interacting with the brain, which is a material and spatial substance. Both entities can exist independently of one another, although the body without the mind eventually decomposes.
These philosophical theories do not just apply to the human mind, but can also be extended to quite different phenomena, such as life, or the union of elementary particles to form atoms, and the union of these to form molecules.

The problem is that many researchers subscribe to one of these philosophies without being aware of that they are philosophies; that science cannot distinguish between them; and they do not realize that, from the scientific point of view, they are prejudices they bring to their work. Not just that, but they confuse their preconceived ideas with science, and even assert that science says that... and then quote their philosophical prejudices. This is quite frequent.
In an article published in 1999 in volume 879 of the Annals of the Academy of Sciences of New York and entitled Organization and complexity, Edgar Morin defends the emergent monism, arguing that the internal organization of complex systems of all kinds causes the appearance of emergent phenomena that are not predictable from the lower level (in other words, he is attacking reductionist monism) with these words:
The whole is not only more than the sum of its parts, but the part of the whole is more than the part, by virtue of the whole.
To justify it, he gives as an example the fact that a free neutron has a half-life of 885 seconds (less than 15 minutes), whereas when it is linked with protons and other neutrons, in the nucleus of an atom, it exists indefinitely. So the neutron, inside an organization, is more stable and has properties different from those of the free neutron.
In the same way, he confronts the two dualistic positions (although he does not name them) with the following words:
Awareness... is the supreme and richest product of the human intellect, and its value is related to its fragility, like all that is best and most precious to us: love, understanding, the primary virtues, the soul and the spirit... and this is why they cannot survive death, which is the disintegration of the whole and dispersal of the parts.
That is, the soul and the spirit are nothing more than an emergent phenomenon that depends totally on the organization of the constituent parts. This is clearly the position of emergent monism.
But there are others. Teilhard de Chardin, for instance, argues that the spirit, along with matter, is one of the two fundamental components of the universe. Although it is imperceptible in inanimate matter, it becomes perceptible in living beings, and dominant in man. This is clearly a neurophysiological dualistic position, and if this philosophy were true, science could not say anything about the verisimilitude or not of life after death, since its field of action is restricted to matter, the world of the spirit is out of its reach.
The emergent position has other difficulties, which Morin does not mention. According to his theories, three things should be possible:
·         Explain the emergent behavior of each level based on the study of the complex organization of its lower level components.
·         Decompose a higher level object into its elementary components, noticing that the emergent properties are therefore lost.
·         Rebuild the top-level object from its elementary components, recovering its emergent properties.
The three possible actions are not equally difficult. Limiting ourselves to the simplest case, the nucleus of the atom built from protons and neutrons, we see that there are theories that try to explain its behavior from their components, but although they work quite well for the hydrogen nucleus (naturally, as it consists only of one proton), they fall short as soon as one tries to explain deuterium and other heavier nuclei. That is why we cannot speak of just one theory, but several: the liquid drop model and various shell models (there are more than one). 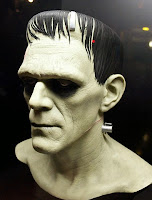 The second action, decomposing an object into its constituent parts is sometimes relatively simple. On the other hand, rebuilding it is usually impossible, even in the simplest cases. If we could build atomic nuclei from their constituent particles, we would have solved the problem of energy, which is none other than that of nuclear fusion.
If we go to more complicated cases, we are still further away. Thus, if we think of living beings, even the simplest ones, we cannot point at the difference between any one of them and the same being when it is dead. And, of course, we cannot build a living being, let alone a human being, from its constituent elements (synthetic biology). Not yet. Scientifically speaking, this question is still at its beginning.

The same post in Spanish
Thematic Thread on Philosophy and Logic: Previous Next