Are we about to become immortal?

In 1965 Arthur C. Clarke published a short story, titled Dial F for Frankenstein, later published in the collection The wind from the sun: stories of the space age. In that story Clarke proposed the following scenario:
When all global telephone systems are connected via geostationary satellites, the number of components of the global system will exceed those in the human brain. As such a system will have access to the information in all the computers connected to the network, we’ll have a very complex system with an extremely high amount of information. If conscience arises automatically from such a system, the computer network, connected by telephone, should be conscious and, being far superior to any human brain, will take control of the Earth. 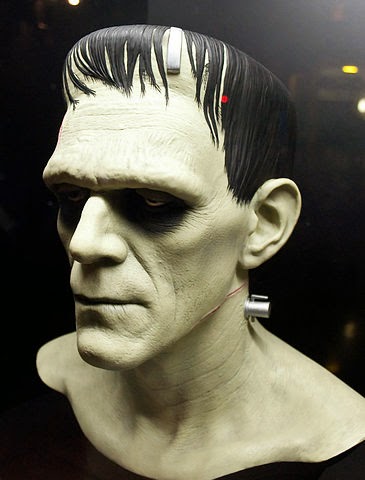 Clarke predicted successfully in this tale, 30 years in advance, what we now call the Internet. Twenty years later we still can see no sign that Internet is taking over our planet, let alone that it is conscious. Therefore, Clarke's additional prediction, that consciousness would automatically arise in such a system, has not happened. Apparently consciousness must be something more than complexity plus information.
Two years earlier, Clarke had written another short story titled Playback, which was later republished in the same collection as the preceding one. In that story, the following occurs:
The pilot of a spaceship has suffered an accident. When he recovers his senses, surprised to be alive, he gradually discovers that the accident has made him lose, not just his limbs, but his entire body, including his brain. Extraterrestrials who found the remains of his ship have recorded his memory and therefore his consciousness, and now offer to build him a new body and ask him to describe it, as they don't know its shape. But the recording was defective and fades slowly, so the pilot gradually loses consciousness and finally disappears before they can help him.
This story is similar to the previous one, although it also is different. According to Clarke, if our memory were recorded on a computer, consciousness would be automatically associated with the recording, so that we would just be the same as the information we possess. As we have seen in the first story, this questionable assumption is far from being proved.
However, some scientists believe that the scientific breakthrough of the second story is just around the corner, and count on it to ensure their own immortality. Ray Kurzweil, for instance, has been announcing this for a while. But Kurzweil does not put all his eggs in one basket. In his book Fantastic Voyage: Live Long Enough to Live Forever (2004, written with Terry Grossman) he predicts another way to achieve immortality: the progress of medicine, which has been progressively lengthening our life expectancy, is about to grow exponentially. When life expectancy will lengthen at the rate of one year per year, immortality will have finally been achieved. This prediction will be fulfilled, according to him, by 2035. Is this likely? These are the figures for life expectancy according to the UN, which also include forecasts until 2100:
We can see that Kurzweil’s forecast looks like a clear case of wishful thinking. He predicts spectacular progress because he wants it to be applied to himself. Although UN figures predict that life expectancy will continue increasing until 2100, its increase will gradually decelerate rather than accelerate, as Kurzweil wants.
As regards the other way to achieve immortality, by downloading our consciousness, it poses an even bigger problem than the first:
If we don’t even know what our consciousness is, how are we going to download it?